A DRIVE TOWARD JUSTICE by Rector Chris Girata 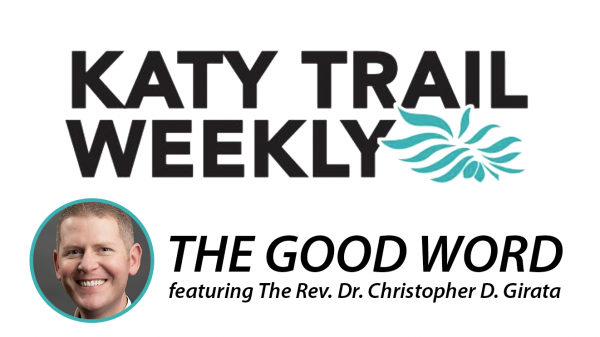 A DRIVE TOWARD JUSTICE was published in the Katy Trail Weekly, "The Good Word" Column, January 4, 2020
Chris Girata is the Rector of Saint Michael and All Angels Episcopal Church in Dallas, TX.

few weeks ago, I hopped into a London taxi on my way to Heathrow. Even though I wear a priest’s collar to work and I was on a work trip, I don’t typically travel in my collar. (I’ve learned through many experiences that collars do one of two things: scare people or cause them to confess everything wrong they’ve ever done!) The first few minutes of the ride were filled with the typical banter, until the driver asked, “So, what do you do?” When I told him I was a priest, his eyes got big, he stopped speaking and he stared at me in the mirror.

After an awkward moment of silence, the driver’s face turned a bit serious and he said, without a bit of irony, “So who do you think is really going to heaven?” I wanted to thank him for such an easy opener but thought that would be too sarcastic. Instead, I asked him to explain his question. He proceeded to tell me about all the different moments in his life when he felt “judged by religious people,” which made him feel like God was simply mean. Unfortunately, too many people have this same experience.


In general, we don't tend to like judgment because it feels too judgmental.


In general, we don’t tend to like judgment because it feels too judgmental. We all have to make decisions all the time, and often decisions can leave us feeling exhausted. On top of that, when those decisions affect others, we open ourselves up to the vulnerability of receiving their judgment. For most of us, we do not distinguish between judgment and judgmentalism, but I believe that distinction is critically important.


Judgmentalism is part of our cultural fabric. People make huge amounts of money poking fun at others, identifying and capitalizing on the flaws of others, and just generally being ugly about the world. From celebrity events to home movies, these moments are all around us. When I see viral videos or posts like these, I admit that I often laugh, but in truth, they are damaging. The more we poke fun, the more we dehumanize. And the more we dehumanize, the more we confuse the wrong of judgmentalism with right of judgment.


For most of us, we do not distinguish between judgment and judgmentalism, but I believe that distinction is critically important.


Judgment is a way of determining right and wrong, good and bad. To judge, one brings thoughtfulness and clarity to bear in a way that seeks a proper, balanced and just outcome. Justice is the result of judgment and justice is a good goal for us all.


We are moving into a new year with new opportunities ahead. As we enter 2020, many of us will ask some big questions about who we want to be and how we want to behave in the world. I hope that we all seek to move toward life-giving goals such as better health and a more generous spirit. As we consider changes in our lives, I encourage us to put the idea of justice in front of us. The year past was filled with too much injustice and too much judgmentalism. This year, may we find the courage to seek true judgment, to reach true justice, and in doing so, find new ways to truly honor one another and move our world forward for the good.