Do you know a fellow parishioner who would be a good candidate to serve on the Vestry or as a Delegate to the annual Diocesan Convention? If so, please nominate him or her to serve.

WHAT IS THE VESTRY?
If the idea of a Vestry is new to you, it is similar to the governing body of a nonprofit company. According to the website of the national Episcopal Church, the vestry is the “legal representative of the parish with regard to all matters pertaining to its corporate property.” It helps define the mission of the congregation, supports the church’s mission “by word and deed”, selects the rector of the Church, ensures effective organization, and manages the Church’s resources and finances. In recent years, the Vestry helped develop the current Initiatives, in conjunction with a five-year Vision for the Church. Next year’s Vestry will play an integral role in developing future Initiatives and strategic plans. There is a significant time commitment.

RESPONSIBILITIES OF A VESTRY MEMBER
The responsibilities of the Vestry fall into three categories: Financial oversight, Facilities oversight, and Development. A Vestry member serves a three-year term, attends monthly meetings and at least one weekend retreat, serves as a liaison to at least one other Church committee or ministry group, attends Church and Church events on a regular basis, and supports the annual stewardship campaign through giving and raising funds. Candidates must be able to fulfill all of the requirements of the office.

In addition, according to our bylaws, a vestry candidate must be over 18 years of age, must be baptized and confirmed into the Episcopal Church, must have received communion at least three times during the preceding year, be faithful at worship, and must have made a financial contribution to the Church in the preceding year.

WHAT IS A DIOCESAN CONVENTION DELEGATE?
The annual Convention of the Diocese of Dallas takes place on the first Saturday of November each year, and Saint Michael elects Delegates to attend and represent our church. At the Diocesan Convention, delegates elect Diocesan officials, hear reports to the Convention, approve the budget of the Diocese and establish Diocesan policy and procedure by considering and voting on resolutions and approving changes to the Diocesan constitution and canons.

The Parish elects three Delegates. In addition, the Parish will elect three alternates who will serve if a Delegate is unable to attend the Convention. The alternates are ranked from first to third alternate, according to the number of votes they receive and serve in that order.

THE NOMINATION PROCESS
Service on the Vestry and as a Delegate requires sound judgment, familiarity with Saint Michael and its parishioners, and a willingness to spend time in service to the Church. As the Nominating Committee considers candidates for its slate of nominees, it will take into account the qualifications, skills, and past experience of the nominees; skills and other expertise needed on the Vestry or at the Convention; the current mix of expertise and experience on the Vestry or among the Convention delegates, and other needs of the Vestry, the Church and/or the Diocese.

The Nominating Committee will make its recommendations to the Vestry in September. The slate of nominees approved by the Vestry will be announced to the Parish on Sunday, September 22, at which time Nominations by Petition will open and procedures will be explained. All Nominations by Petition are due October 9. The Parish will vote on the nominees at the Fall Parish Meeting on October 27, 2019.

The Nominating Committee needs your help to select our new leaders! If you know a great candidate for Vestry or for Delegate/Alternate, please get a nomination form on the Church’s website, or from our Church receptionist. All nominations open June 3 and must be received by Friday, August 16, 2019. 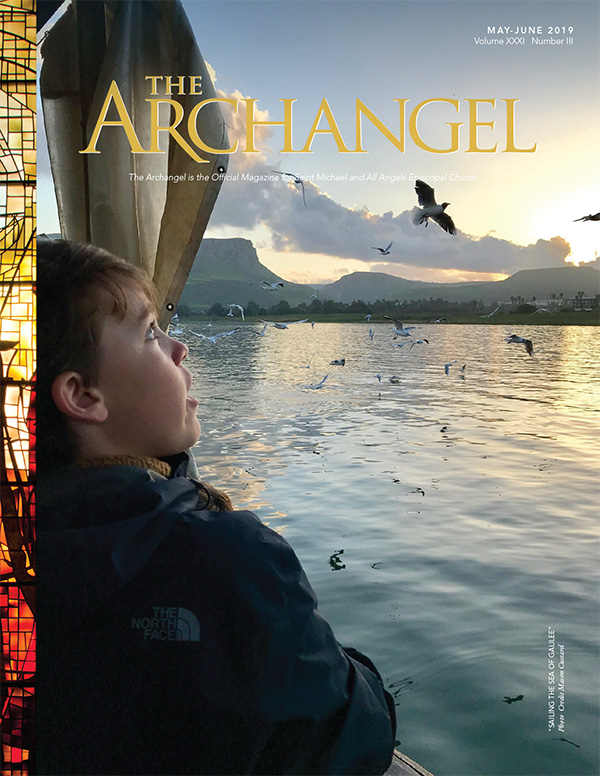 A Message From The Rector - "God Help Us"

The studies show rising numbers of atheists, agnostics, and "nones," and Rector Chris Girata says that everyone, including atheists and agnostics, should be very concerned. Here's why.

In his bi-monthly column, Music Director and Organist Jonathan Ryan shares updates on all things traditional music at Saint Michael

Community Service & Youth: The Big Benefits for Kids Who Volunteer

Youth Task Force member Christi Houser explains why it's important to get your kids involved with volunteer work while they're still young.

A transcript of The Most Rev. Michael B. Curry's Easter Day sermon.

The Healing Nature of Music

Choir member Eleanor Wroath shares a story of finding comfort and healing in music after a personal tragedy.