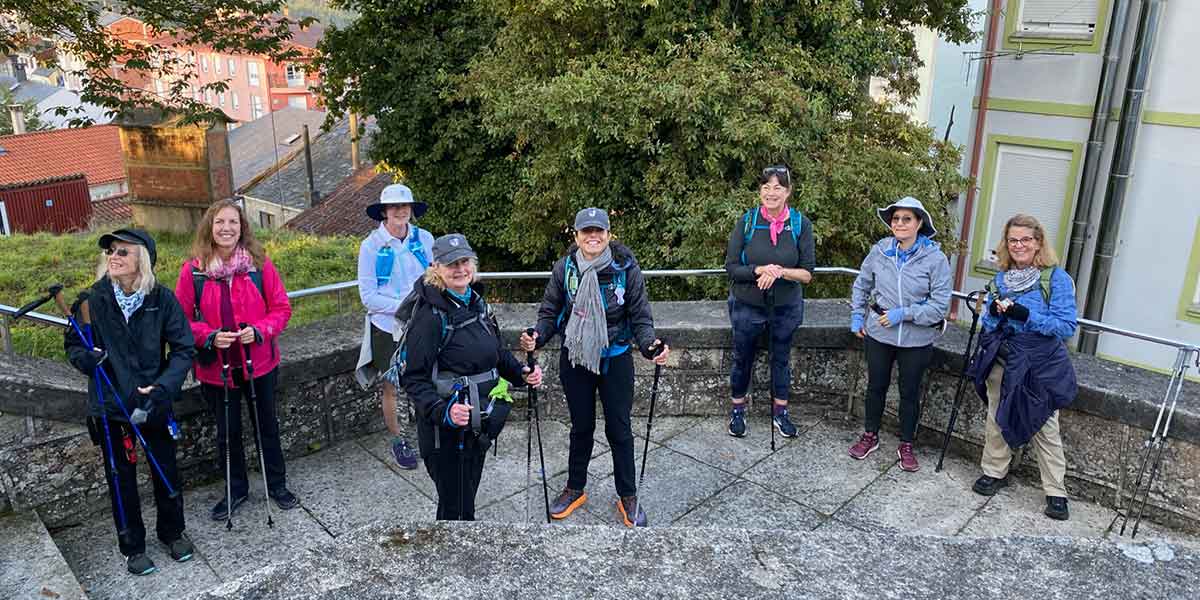 Day 5: Eucharist on the Road

By Monique Black and Kathy Yeaman

Today we walked 19 kilometers from Lestedo to Melide. Every morning we start with devotionals to get ready for our walk. Today was special since it was Sunday and we stopped in a tiny hamlet called San Xulian where there was a small 12th century Romanesque church.

This town and church are named for St Julian (Xulian), the patron saint of hospitallers and hoteliers.

As the story goes, Julian mistakenly kills his parents thinking the two bodies in his bed were his wife and a lover. However, his parents had been travelling in Europe searching for him and stumbled upon his town and his wife. His wife was overjoyed to see them and put the weary parents in bed before running out to find Julian. Devastated by his mistake, Julian travelled to Rome with his wife to ask the pope for forgiveness. The pope told him in order to absolve his sin, he had to set up a hospice to care for pilgrims on their way to Santiago. He agreed and soon became Saint Julian.

Behind the church of San Xulian, we celebrated a Eucharist together, with wine and bread, and shared an emotional “peace be with you” together.

The setting was quiet, majestic, and magical with the lush, green, rolling hills surrounding us. Surely God was with us.

As we continued our walk, through small villages and wooded paths, it gave us the opportunity to listen for our own individual spiritual direction.

As we ventured on, we greeted our fellow pilgrims along the way with an enthusiastic, “Buen Camino!” No matter what your language is, everyone understands the meaning of “Good Camino.”