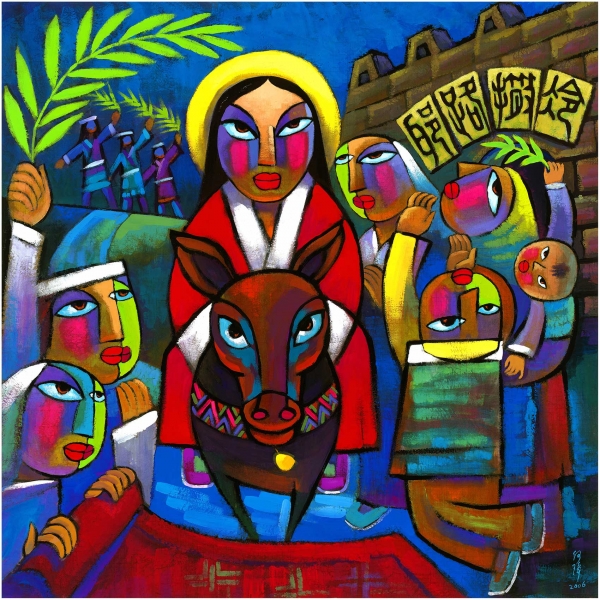 The first of these pieces, "Triumphal Entry" will debut on Palm Sunday (2019) on the cover of the Order of Service, followed by further special editions for Maundy Thursday, Good Friday, The Great Vigil, Easter Day, Pentecost, The Feast of Saint Michael and more. See more of his art, below. (Pictured at right is "Triumphal Entry Into Jerusalem")

About Artist He Qi

Currently a California resident (USA), He Qi Studied at Nanjing Normal University, Nanjing Art Institute in China and Hamburg Art Institute in Germany. Now He is currently an Artist-in-Residence at Fuller Theological Seminary (CA) and a Distinguished Visiting Professor at the Art Institute of RUC (Renmin University of China, Beijing)

He was the first among Mainland Chinese to earn a Ph.D. in Religious art after the Revolution (1992). He also received his Honorary Doctor Degree from Australia Catholic University in Melbourne (May, 2011). He is also a member of the China Art Association and a former council member of the Asian Christian Art Association (1998-2006). He received 20th Century Award for Achievement in recognition of outstanding achievements in the field of Religious Art Theory and Christian Art Creation of IBC in Cambridge, UK. His art works have been displayed in museums, galleries, universities and churches, in New York, San Francisco, Berkeley, Chicago, Los Angeles, Minneapolis, St.Paul, Birmingham, Pittsburgh, St.Louis, Hartford, Elizabethton, Richmond,Tokyo, Kyoto, Hong Kong, Nanjing, London, Oxford, Gevena, Aachen, St.Petersburg, etc.

To learn more about the artist and his work, visit the official website.

"The Risen Lord", below 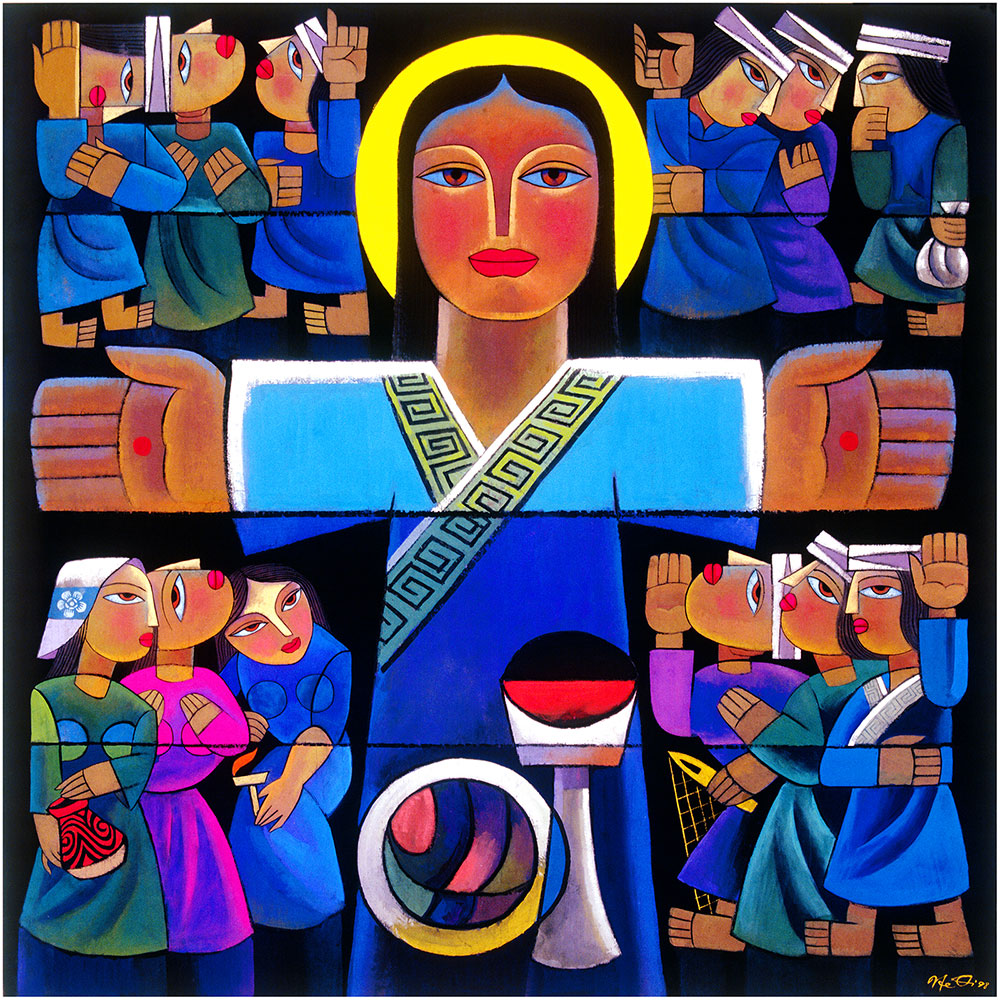