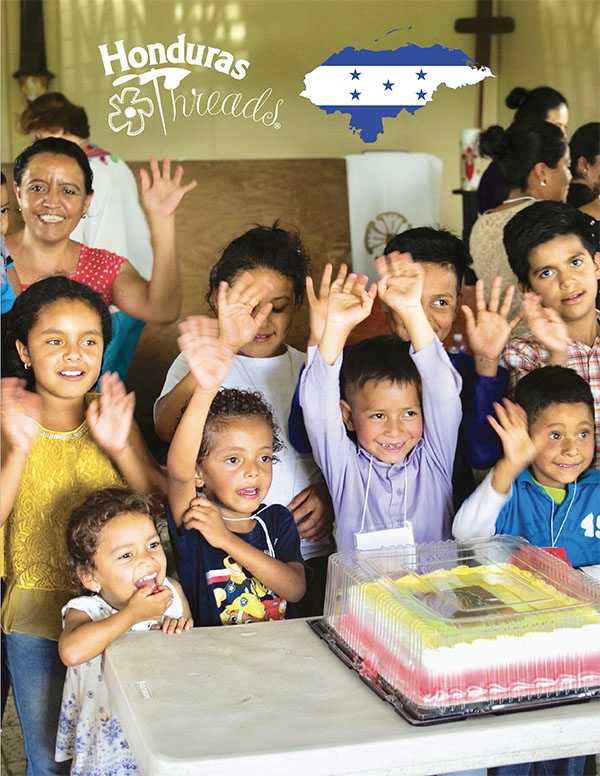 How to succeed in business without…

There is no without. Wish as I may, there isn’t. No shortcut. Not for the women of Honduras Threads who live and work in poor, rural communities outside Tegucigalpa and embroider pillows, table runners, placemats and now Christmas ornaments and greeting cards. That’s the challenge.

People who know products made in Honduras will tell you how surprised they are to see the quality of the hundreds of handmade items the women make. Reliable, high quality production, however, has turned out to be just the first step. The focus now is on the business of running the social enterprise, a formal incorporated entity registered with the Honduran government. Honduras Threads helped establish the enterprise to combine the five, separate co-ops it started 17 years ago.

This is the third year of the company’s operation continuing to work hand in hand with Honduras Threads, and the operation has presented a whole list of new challenges. Many of them the subject of the Threads’ mission trip in June.

Meet Carolina, Nuvia and Karina. None are trained in business, but they and the 40 members of their enterprise yearn for sustainability in a business climate harsher than we experience in Dallas. As members of the board, they work together to manage the enterprise in the different production centers outside the city.

Carolina is the board president and production coordinator. Nuvia does the accounting. Karina is in charge of communication. They must deal with unreliable internet access, government mandates and a culture that requires face-to-face meetings to get things done. No one owns a car or any sort of vehicle. All have children to raise, meals to cook on wood stoves and water to haul into their small houses. There’s little left for much else. “We learned so much this time when you were here,” Carolina said as our Honduras Threads week-long mission trip drew to a close in Roatan. “We are so thankful you are continuing to come to teach us,” said Karina, tears streaming down her face, reflecting on the trip as it ended.

This year’s trip started in Tegucigalpa with members of the five-person Honduran enterprise board, progressed to El Pedregal where all enterprise members undertook two days of training and ended in Roatan where four board members and Threads’ missioners called on store-owner customers and prospects.

On the first day with board members alone, the first issue on the agenda was pay for the 40 enterprise members. Some Honduras Threads enterprise members had waited weeks to receive payment and they were steamed. As the women mapped the current process, they discovered a couple of leverage points. They could send invoices as soon as they filled orders rather than waiting until buyers received them. And they could more frequently figure out payments for each enterprise member. Implementing both would reduce the waiting time to six days from the current, 18-day minimum. The change would be made.

Next, checklists. Would you want to fly on an airplane with a pilot who doesn’t use checklists to be certain the fuel tanks are full? No, said the board members. Checklists, board members agreed, made sense for quality control. For greeting cards alone which enterprise members have just begun making, they drew up a list of 15 points needing to be checked along the way. Then, over the next two days as missioners went to El Pedregal to work with all the enterprise members, they tested the list on more than 100 new cards. They discovered three more points needed to be added.

It was in El Pedregal that missioner David Boldrick delivered the teaching on running a business after missioner Melanie McGill warmed up the group. Do you want your business to be profitable? Yes, members shouted, emphatically. Do you want it to make money, Melanie asked. Yes, again came the chorus of voices.

Well, it’s pretty simple, said David, who then went on to describe how important it is to control inventory and keep up with production costs. Neglect the record keeping, and you’ll likely suffer losses because you’ll under-price your products.

Everyone sells. But not everyone in the Honduran enterprise is confident they can sell. They have grown up in a culture where most don’t have the luxury of risk-taking, where formal education stopped at the sixth grade and the most many have ever known is subsistence farming. How do you approach a wealthy shop owner who, by the way, is an American ex-pat? How do you start the conversation? What do you ask?

Missioner Chadwin Barley explained selling. Then she and enterprise members practiced, each taking different roles. Honduras Threads leader M’Lou Bancroft built on Chadwin’s work with additional role-playing of three customers the women would call on in Roatan two days later. One customer is a chatty talker. Another a get-it-done, stickler for quality. M’Lou demonstrated how different it would be for each.

On Roatan four days later, the four board members, armed with their new learning, together with the mission team visited eight prospects and customers. Several lessons learned.

One, a furniture store owner who agreed a year ago to take Honduras Threads pillows on consignment, said the items hadn’t sold well. Surprise! There had never been any hint of a problem. It took the mission team being face-to-face with him to learn the reality. He explained his customers furnish their properties to rent, and they want a different look. We changed out the pillows to see if others we had brought with us would sell better. The board members saw the value of in-person communication.

On two other calls – these with current customers – board members delivered the greeting cards the customers ordered. Yes, they reconfirmed “Made in Honduras” continues to have wide, powerful appeal. But they learned, it’s not universal.

And then there was the new store manager at a resort where cruise ship passengers spend the day on its pristine beaches. She wanted to improve gift shop sales by improving the quality of the merchandise she offered. Sounded like the perfect opportunity for Honduras Threads. “What do you recommend?” the store manager asked. Consultative selling could work here, the board members learned. The store manager decided to place a small order, including a table runner, pillows, Christmas ornaments and greeting cards. Before the high season begins on Roatan in December, she agreed to reach back out to us. Board members agreed they would build a relationship with her. Chalk up another new customer!

At the final gathering of board members and missioners at the end of the trip, we took note of what we had learned over the week-long mission trip? Some of the insights: Checklists and quality control are important now and will become even more important as the enterprise moves toward the goal of shipping product directly from Honduras.

Sales and marketing need to be amped up. David challenged the Hondurans to go into gift shops, strike up conversations and learn what’s working in the marketplace.

If you don’t know how much it costs to make an item, you can’t accurately judge how it ought to be priced to sell. And how to approach prospects and serve current customers deserves much more attention.

Most importantly, they realize they must continue to learn, and for us, the continued support of struggling nationals is a ministry that makes a difference for many in the day-to-day existence they have. The knowledge available in the USA is grand, but often taken for granted. In Honduras, they clamor for any teaching that may help they survive.

Are you passionate about business process and want to turn that skill in to a ministry that affects a huge group of people? Consider joining the efforts of Honduras Threads. Contact Bill or M'Lou Bancroft at:
[email protected] or
[email protected] 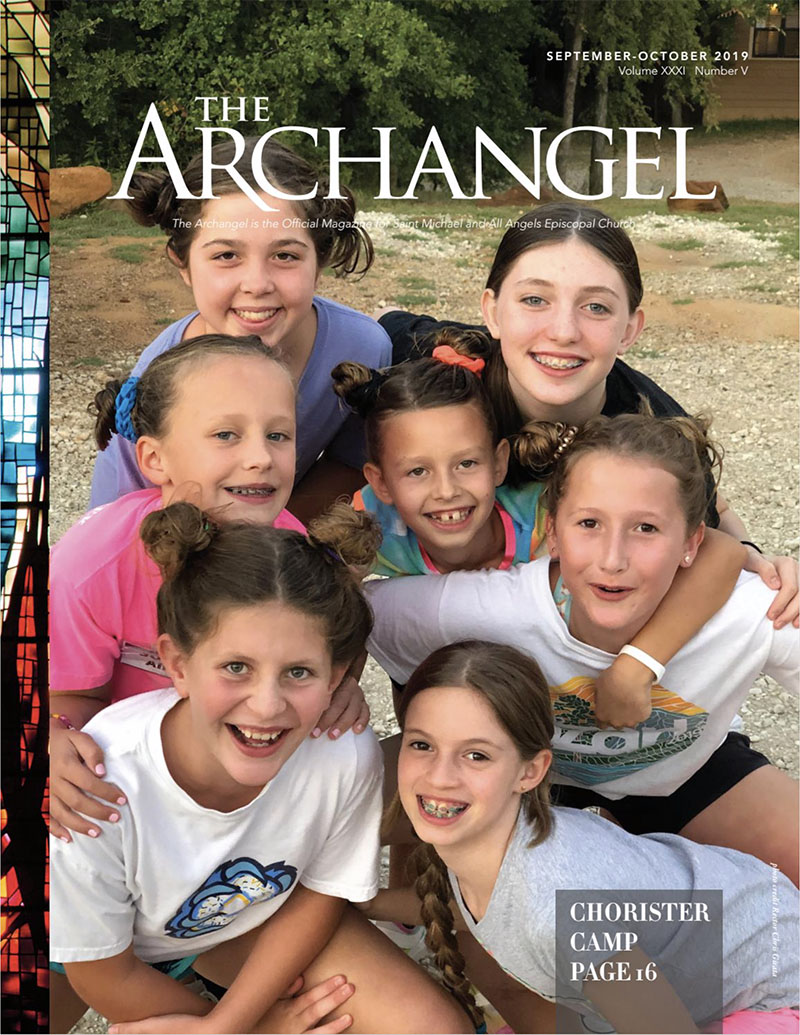 A Message from the Rector - "Grace & The Color Purple"

This fall, we'll be taking some time to focus on Grace.

All Saints' Day: A Concise History

Ever wondered where All Souls and All Saints' Days came from? The Rev. Greg Pickens gives a quick summary of the nearly 1,700-year history.

From The Loft: The Worship Of All Souls Day

Director of Music and Organist Jonathan Ryan shares what makes this year's All Saints' Day service music so special.

The Why of Giving

Investment Advisor Ashley Parks says that once we fully explore why we're giving, our gifts are much more meaningful. Plus, a few tips from a pro.

Baptism Blessings at the Animal Shelter

Chorister Camp is So Awesome!

Ministry Leader and parishioner Bill Bancroft shares his experience on the most recent trip from Dallas to Tegucigalpa to work with the women of Honduras Threads.