North Dallas Shared Ministries sponsored their annual school supply and school uniform distribution at the beginning of August. Forty-eight Saint Michael parishioners volunteered, including youth, adults, clergy, and staff members, to set up, shop with clients, restock, and take inventory. NDSM provided 3,527 students with school supplies and 2,638 students with school uniforms, equipping them with the items needed to thrive in school. The students began school with the resources they need to be successful!

"I was very impressed with the young people leading the uniform distribution. They were working to a plan, and very service oriented to the families coming in. Just as a casual observer, I was impressed with our youth."
—Hoddy Peck, Parishioner 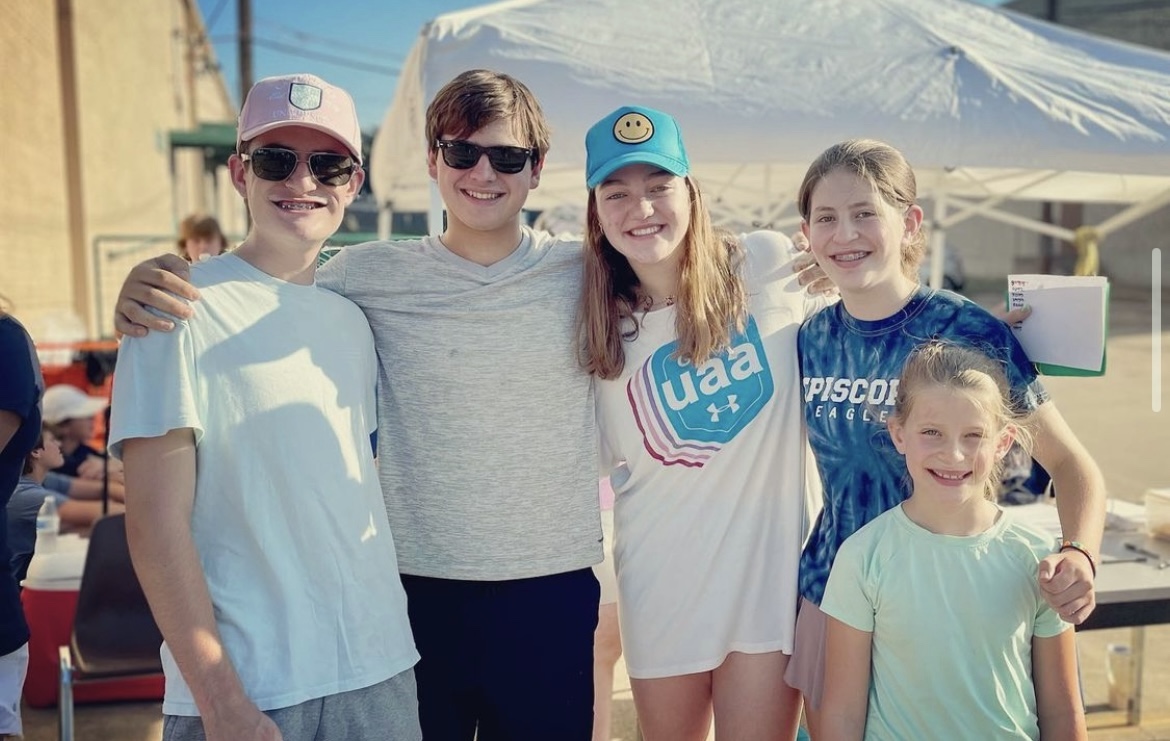 Thank you for your extraordinary faithfulness with the NDSM School Uniform Drive this week! Your kindness and consistency is such a gift to those in our community who need a helping hand. May God bless you richly and may you shine with God's light!

P.S. Enjoy lunch! You deserve it.

I want to tell you about one of the brightest highlights of 2022. It has been the amazing and wonderful volunteer efforts of four members of SMAA’s Youth Group. William Morrow, John Weinberg, Harper Visinsky, and Laure Ghorayeb, who were later joined by Brayden and Layna Girata. These four high school sophomores took charge of and managed the entire operation of NDSM’s School Uniform Distribution program. From retrieving and organizing the remaining 2021 inventory to accepting and reconciling shipments of thousands of boxes of uniforms to organizing these boxes by sex, size, and item in the Clothes Closet workroom, to filling bins with shirts, pants, and shorts for boys and girls in sizes ranging from 4T – 20 to setting up tables and placing the bins on and under the tables, the four spent almost every day of three weeks preparing to welcome the preapproved mothers who came to get the uniforms for which they had applied. The four then took over training and managing the adult volunteers from SMAA, St. Luke’s and the Northwood Woman’s Club who came in shifts to help distribute uniforms They also played a major role in working one-on-one with the client moms. They also constantly refilled the bins and broke down boxes and took them to the dumpster. All this they did during the two weeks of uniform distribution.

The six also played a major role in the distribution of school supplies Saturday, August 6 and 13. They spent the day outside checking client tracking numbers, taking boxes of supplies to the cars and directing traffic. Nicole and Chris Girata along with their three children were school supply distribution volunteers. I loved every minute of the time these teens were at NDSM.

So many good SMAA members and I am honored to have the privilege of knowing and working with several. Thank you for being one and opening yourself so generously to NDSM.

**This article was written by Christi and was featured in the 2022 Winter Archangel.