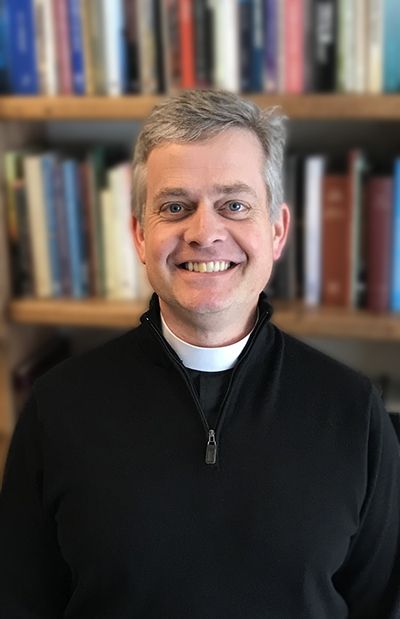 After a nationwide search, I am thrilled to announce that the Rev. Kenneth H. Brannon has been called to be the next Vice Rector of Saint Michael and All Angels. Ken is a man of deep personal faith, an accomplished priest, and a recognized leader on the national stage. He is currently serving as rector of St. Thomas Episcopal Church in Sun Valley, ID, a position he has held since 2007. In response to the call to Saint Michael, Ken said, “Three things struck me when I visited Saint Michael and All Angels: the beauty of the altar, the friendliness of the people, and the energy coursing through the building. Saint Michael is alive with the Holy Spirit and I am humbled and honored to share my spiritual gifts with your community.”

I am very grateful for the wonderful group of parishioners who have led this search. The committee was chaired by Kathy Jenevein, who served alongside Bonner Allen, John McFarland Sr., Carlos Pena, and Nancy Skochdopole. Their commitment to this process helped us attract great candidates, and helped us discern that Ken was a most excellent fit. The Spirit has definitely been at work!

Ken will be joining us in July, so stay tuned for opportunities to welcome him and his wife, Rachel, to our community. Until then, I have included his biography below so you can begin to get to know him. Please keep Ken and Rachel, as well as their young adult children, Lucy and Isaac, in your prayers as they transition to a new chapter in their ministry.

The Rev. Kenneth H. Brannon has served as Rector of St. Thomas Episcopal Church in Sun Valley, Idaho, since the summer of 2007. This has been a fruitful and joyous tenure and only a true sense of call could lead him away from such wonderful people and such a beautiful place.

Ken was born in Fort Collins, Colorado, but moved to Mandeville, Louisiana at the age of one. He spent the first thirteen years of his life enjoying small town southern life, picking up pecans from the big tree outside his house, biking with his friends, and being nourished by a loving non-denominational Christian church about eight blocks away. However, life changed radically when his father took a job at a teaching hospital in Riyadh, Saudi Arabia, and he found himself attending an international boarding school in Kodaikanal, South India. He enjoyed living and learning with children from over fifty different countries and developed an abiding respect for views and practices different from his own.

Following in the footsteps of one of his older brothers, he attended Wheaton College in Illinois, where he discovered the Episcopal Church. And, although his major was psychology, he spent many hours pursuing theater. Upon graduating, he then spent two years working with the homeless in Washington, DC., coordinating administrative activities at Christ House, a mission of Church of the Savior, and being active in medical and social outreach to those living on the margins of society.

He is married to Rachel Miller Brannon, a clinical social worker, and is father to two outstanding young adults, Lucy (21) and Isaac (17).

Ken is excited to serve as Vice Rector at Saint Michael and All Angels and looks forward to assisting Chris with all aspects of parish life.