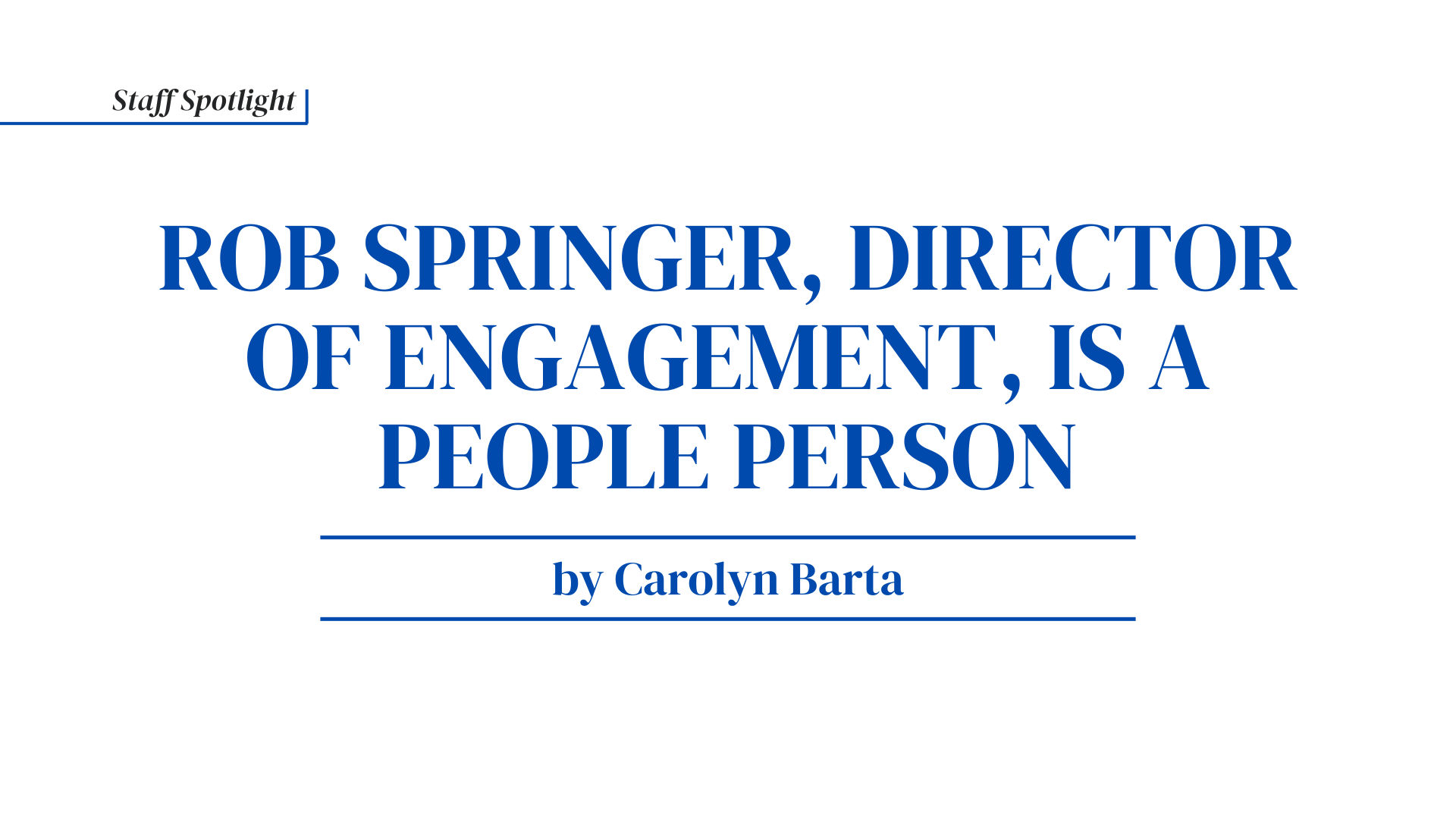 Rob Springer, Director of Engagement, Is A People Person
By Carolyn Barta

Could anyone be more engaging than our new Director of Engagement? If you can’t answer that question, you haven’t met Rob Springer. 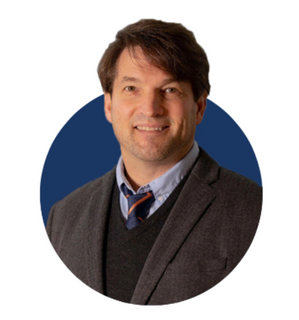 Rob is that guy who is hanging out in the South Entrance on Sunday mornings. No, he’s at the west door by the parking lot. No, he’s at the front door on Douglas. He’s everywhere with his growing band of greeters, making folks feel welcome when they enter Saint Michael and All Angels and getting them acquainted with other parishioners, the facility, and the myriad of church ministries.

The Rev. Greg Pickens, whose Pastoral Care portfolio includes this new ministry, said this important new position at SMAA would interface with virtually every ministry. The Engagement Ministry “will be responsible for getting to know all visitors, incorporating our newcomers, and assuring our longtime members are well connected to our parish ministries,” he said. “We want everyone to experience an abiding sense of belonging, to grow as a disciple of Jesus, and to connect and engage with opportunities to serve Christ in others.”

Rob Springer is perfectly suited for this new job at SMAA, not only because of his training and professional experiences, but because of his philosophy. He believes people are our most valuable asset, relationships are our greatest tools, and collaboration is our greatest resource—in accomplishing goals with a good plan and clear purpose. As he says, “People, relationships, and collaboration are three things that I am very passionate about and believe are key elements to effectively connect with people where they are and help connect them with God and others.” 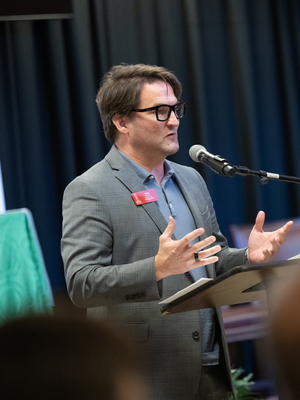 Rob honed his people skills while serving as a small group/connections pastor, a worship leader, and church planter in Florida, California, and Indiana. In Fort Lauderdale, he helped launch a downtown day care and preschool and it is where he met Mary, his former wife, who would be the mother of his four sons: Noah (21), Samuel (19), Elijah (15), and Levi (12). Noah lives in Bloomington, Indiana, and the other three live with their mother in Tyler. Yes, he said, his sons all have Biblical names. “We thought we’d give them something to live up to.”

A graduate of Baylor University, where he studied business administration and marketing, Rob felt called to ministry and completed his Master of Divinity degree at Regent University in Virginia Beach, Virginia. During the last six months of seminary, he served as a missionary in Gyor, Hungary, where he helped develop house churches for young adults and the unchurched. While in seminary, Rob (who grew up Southern Baptist) was drawn to the Episcopal Church. He loved the liturgy as a tool for worship and the history. In Tyler, he began attending an Episcopal church, while the rest of his family remained Baptist.

After seminary, Rob went to Shelbyville, Indiana, where he says he found his niche “not so much being a preacher/teacher but in community development” and worked in the mayor’s office. He also had an interim job with the Muscular Dystrophy Association, which was prompted by his second son, Samuel, being diagnosed with MD when he was seven years old. 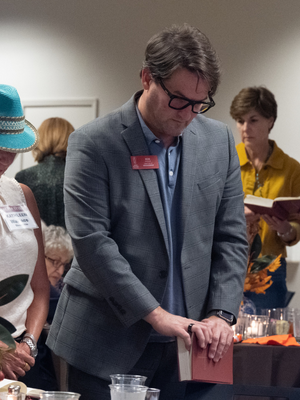 Rob grew up in Texas. His father’s job was opening Sears stores, so the family moved every two years. When Rob was at Baylor, his parents settled in Tyler. After his parents died in 2015 and Rob returned to Tyler to settle their estate, giving his family an opportunity to resettle there. He got involved in the community through his involvement with the chamber board and Leadership Tyler. He ended up at the University of Texas at Tyler as the Director of Development for the Soules College of Business. While he has had a multi-faceted career, Rob realized he is good at pulling people and disparate forces together, and at launching and completing projects. He is an implementer.

He wasn’t looking for a job when Saint Michael came calling, but the job spoke to many of his talents, and the church spoke to his heart. “I was really impressed with the profile of Saint Michael,” he said. “I read through the vision, goals, strengths and weaknesses, and what it wanted to accomplish in the community and surrounding area. It really spoke to a lot of my strengths and my passions.” He was drawn by the church’s desire to connect people not only within but also outside the church. Saint Michael had strong examples of partnering with the community, with its work at places such as Jubilee Park and Bachman Lake Together.

He was impressed with some of the people he met when he visited Saint Michael. Seeking directions, he asked one woman the way to the sanctuary. “She said her husband was real involved as an acolyte. She was super engaging, and witty. I didn’t know who she was, but she was encouraging, helpful, and fun. I think being part of a church should be fun,” he said. Rob later credited Marla Briggle (whose husband Tony heads up the church’s massive acolyte program) with being that person and said she influenced his decision to come to SMAA. 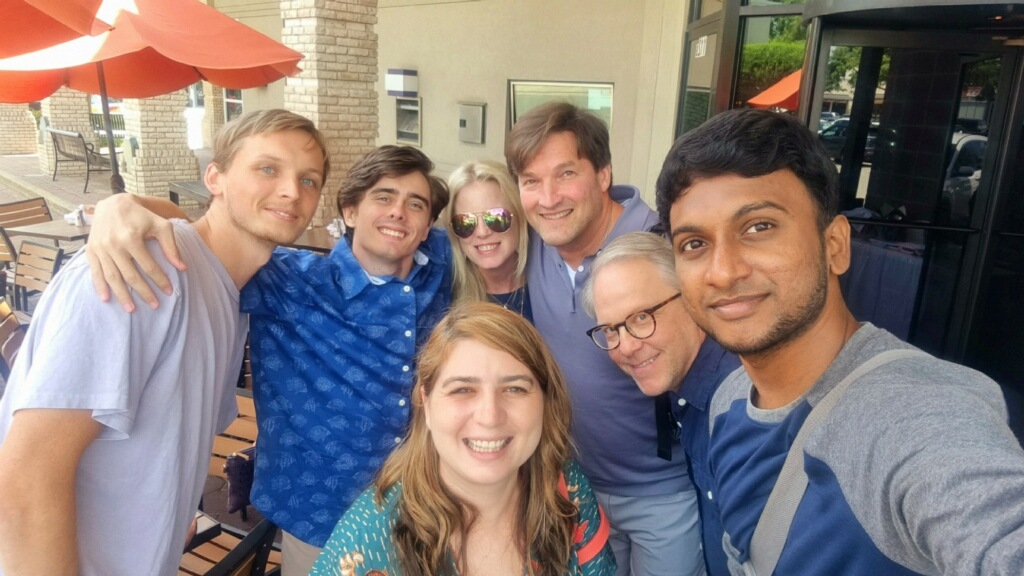 Since arriving in May, Rob said his focus has been working with the Greeter Ministry and the Good Shepherd Ministry, which has “shepherds” who stay in contact with parishioners in 102 different neighborhoods. Over the long-term he wants to introduce and help connect people to all the other ministry leaders and ministries that are important to the church and the community.

Rob’s philosophy dovetails with the renewed emphasis on discipleship envisioned by Rector Chris Girata and other SMAA clergy. “If churches are going to survive, we’re going to have to create a process that will enable us to build intentional relationships that are welcoming, collaborative, and kind. If we’re going to survive, we must be seen as a hub for community, as a collaborative resource, that takes the time to listen, understand, and really connect with people where they are, and a parish that provides help, support, and grace for the community and surrounding areas,” Springer said.

Look for Rob at one of the entrances next time you are at church and introduce yourself.

**This article was written by Carolyn Barta and was featured in the 2022 Winter Archangel.