Get to Know Our New Vice Rector, Ken Brannon

This month, we will welcome our new Vice Rector, the Rev. Kenneth Brannon and his wife Rachel, to Saint Michael! In celebration of their arrival, I wanted you all to get to know them a little better as you prepare to welcome them into our parish family.

Ken was born in Fort Collins, Colorado, but moved to Mandeville, Louisiana at the age of one. His life changed radically at the age of twelve when his father took a job at a teaching hospital in Riyadh, Saudi Arabia. He found himself attending the Kodaikanal International School, an international boarding school South India, where he graduated in 1986. 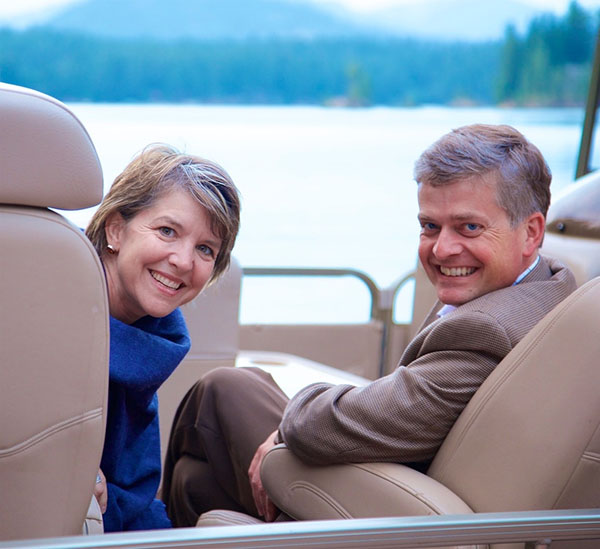 Following in the footsteps of his older brother, he attended Wheaton College in Illinois. Although his major was psychology, he spent many hours active in the theater. Ken discovered the Episcopal Church while at Wheaton and was grateful for the elegant liturgy, the appreciation for mystery, and the emphasis on ancient spiritual practices. And it was at Wheaton where Ken met Rachel.

Rachel grew up in a suburb of Denver in a family that took their faith very seriously. As a child, she took mission trips regularly, including trips to Africa and Honduras. Like Ken, Rachel’s family’s passion for the church inspired her desire to attend Wheaton College where she not only met Ken, but discovered the Episcopal Church.

As undergrads, Ken and Rachel independently discovered the Episcopal Church and found a wholeness and joy in the theological and liturgical experience. Little did they know how important this shared experience would be. They reconnected in New York City six years later and were married in 1995.

Rachel spent much of her young adult life in Boston and New York working in children’s book publishing before shifting to social work. She did her graduate work at Union Theological Seminary, first earning a master’s degree in psychology and religion. She later earned a Master of Social Work with postgraduate training in Jungian psychology.

After they were married, Rachel and Ken worked together at Church of the Holy Trinity in New York, co-coordinating children’s programming, and it was at Holy Trinity that Ken answered the call to ordained ministry. He attended Virginia Theological Seminary in Alexandria, graduating in 2003. Ken first served as Associate Rector at The Church of St. Barnabas in Irvington, New York, just outside legendary Sleepy Hollow (so Ken and Rachel are big fans of great Halloween parties!). In 2007, Ken was called to be rector of St. Thomas Episcopal Church in Sun Valley, ID. 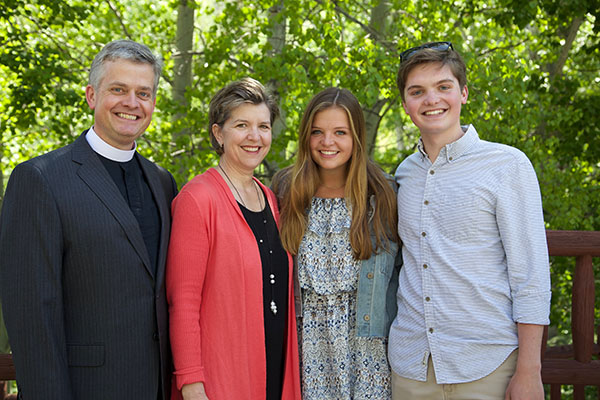 Their ministry at St. Thomas has been rich. Ken has influenced sound growth and stability for over a decade, and has been a leader in the community. In the Diocese of Idaho, Ken was active in all aspects of church life, having served as Chair of the Commission on Ministry, President of the Standing Committee, and Chair of the Idaho Deputation to General Convention.

Ken and Rachel have two young adult children, Lucy and Isaac. They are both active in their church communities and are wonderful singers. In May, Lucy graduated from Wake Forest University and in June, Isaac graduated high school in Sun Valley. Through sheer coincidence (or perhaps the work of the Holy Spirit), after Ken and Rachel answered the call to come to Saint Michael, Lucy was offered a consulting position with Ernst and Young here in Dallas! As Lucy moves to Dallas this summer to begin her new position, Isaac is moving to Western Washington University to begin his undergraduate studies.

Personally, Rachel loves to read and write, especially poetry. She has a private practice in Sun Valley and also serves as a social worker at the local hospital. She will look for new opportunities to continue that work in Dallas. Ken loves hiking and keeping up on current events, especially articles that go deeply into issues that connect to personal matters of faith. Together, they love food, travel, and any new life experiences, especially with their family.

I am thrilled to welcome Ken and Rachel, and I am confident you will love them, too. We will all be blessed by their ministry among us!

Join us as we kick off a new formation year with fellowship and fun! Enjoy caricaturists, balloon artists, and be the first to pick up a copy of the brand new Joy Book to have signed by Father Harmuth.

Blessing of the Animals & Reception

“The Ying Quartet came as close to the ideal as possible, delivering chamber music of astonishing, refreshing exaltation and exhilaration.” – The Los Angeles Times

Now in its third decade, the Quartet has established itself as an ensemble of the highest musical qualifications. Their performances regularly take place in many of the world's most important concert halls; at the same time, the Quartet's belief that concert music can also be a meaningful part of everyday life has also drawn the foursome to perform in settings as diverse as the workplace, schools, juvenile prisons, and the White House.

Learn More About the Ying Quartet