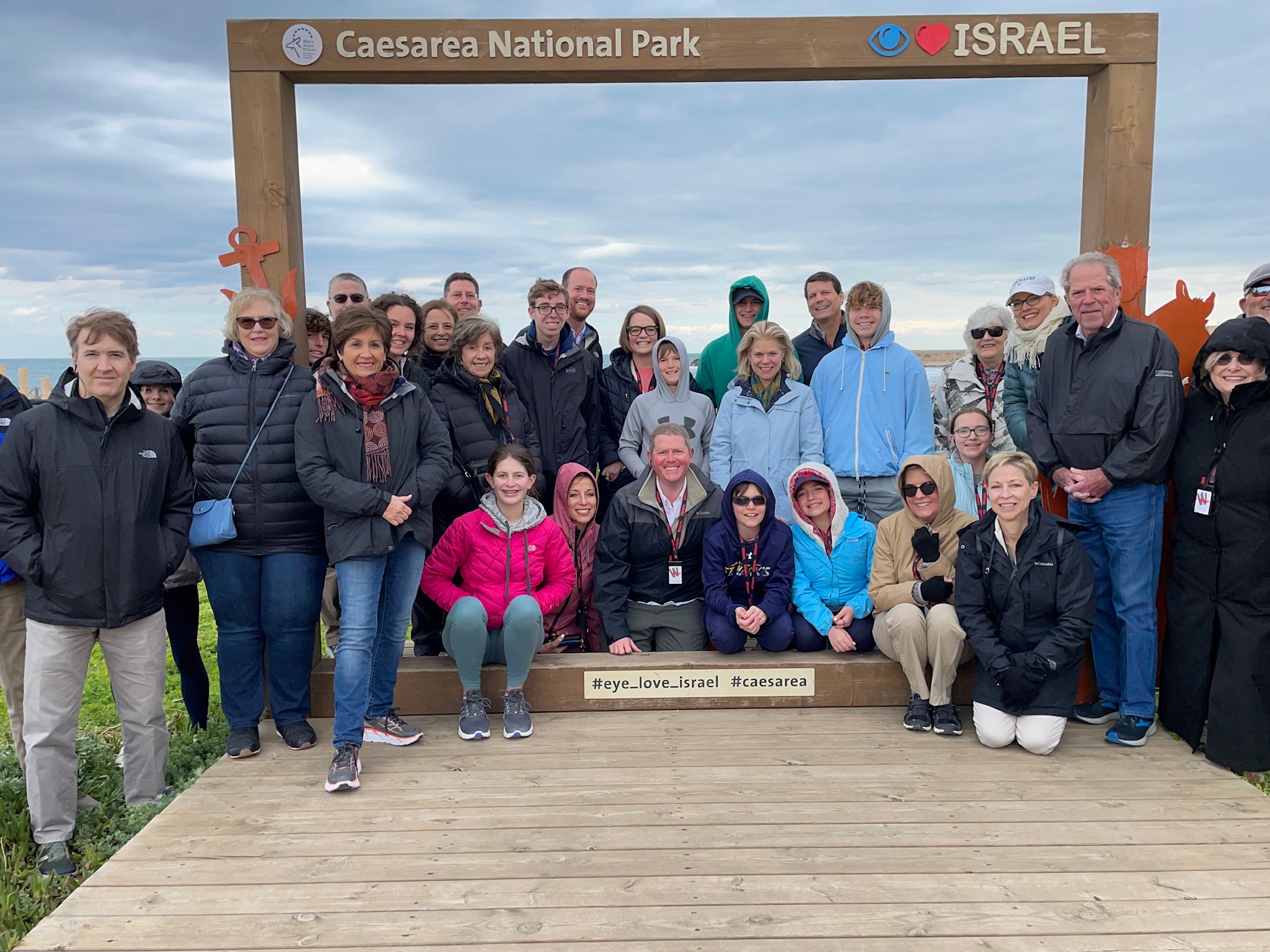 Today we departed Jerusalem on our way to Galilee. The trip to Galilee included stops in Caesarea (Maritima) and Haifa.

We arrived in Caesarea and took a tour of what is now a National Park. Originally a Phoenician port, Caesarea was built under Herod the Great and became an important city in the first century. During Jesus’s life, it was the provincial capital of Judaea. This means that Pontius Pilate, as the Roman Governor of Judea, lived primarily in Caesarea. Approximately 30 years before Jesus’s birth, the ancient port city became the property of Herod the Great, who renamed it Caesarea in honor of Caesar Augustus. Herod built the city to be a small version of Rome, complete with a Roman theater, a bathhouse, and a hippodrome. It was a splendid city, fit for an up-and-coming Roman politician like Pilate. The site is home to the Pilate stone, a damaged piece of limestone that verifies that Pontius Pilate was the Roman prefect of Judea. This, along with other non-Biblical evidence from history, help support the historic identity of Jesus.

We left the national park and drove to Haifa, one of the largest cities in Israel. We enjoyed fantastic lunch overlooking this Mediterranean city and paid a quick visit to the stunning Baha’I Gardens, a significant feature in this city skyline. The real attraction in Haifa, however, was Mt. Carmel.

Home to the Carmelites, a Roman Catholic religious order, Mt. Carmel is significant for many reason, not least of which is the cave of Elijah. In 1 Kings 18-19, Elijah takes on the priests of Ba’al and triumphs gloriously. The defeat does not go over smoothly and the royals—Ahab and Jezebel—go after Elijah. As the story goes, “Elijah fled for his life and came to Beer-sheba… the angel of the Lord came…touched him and said, ‘Get up and eat.’ …He got up, and ate and drank; then he went in the strength of that food forty days and forty nights to Horeb the Mount of God. At that place he came to a cave, and spend the night there (1 Kings 19:3, 7-9).” The church of the Stella Maris Monastery now stands above the cave that protected Elijah. The church bears witness to the Carmelite order and honors the tradition of Elijah’s faithfulness.

Our day ended with our arrival in Tiberias on the Sea of Galilee. We will be here for the night and tomorrow, we will spend the day in Nazareth!