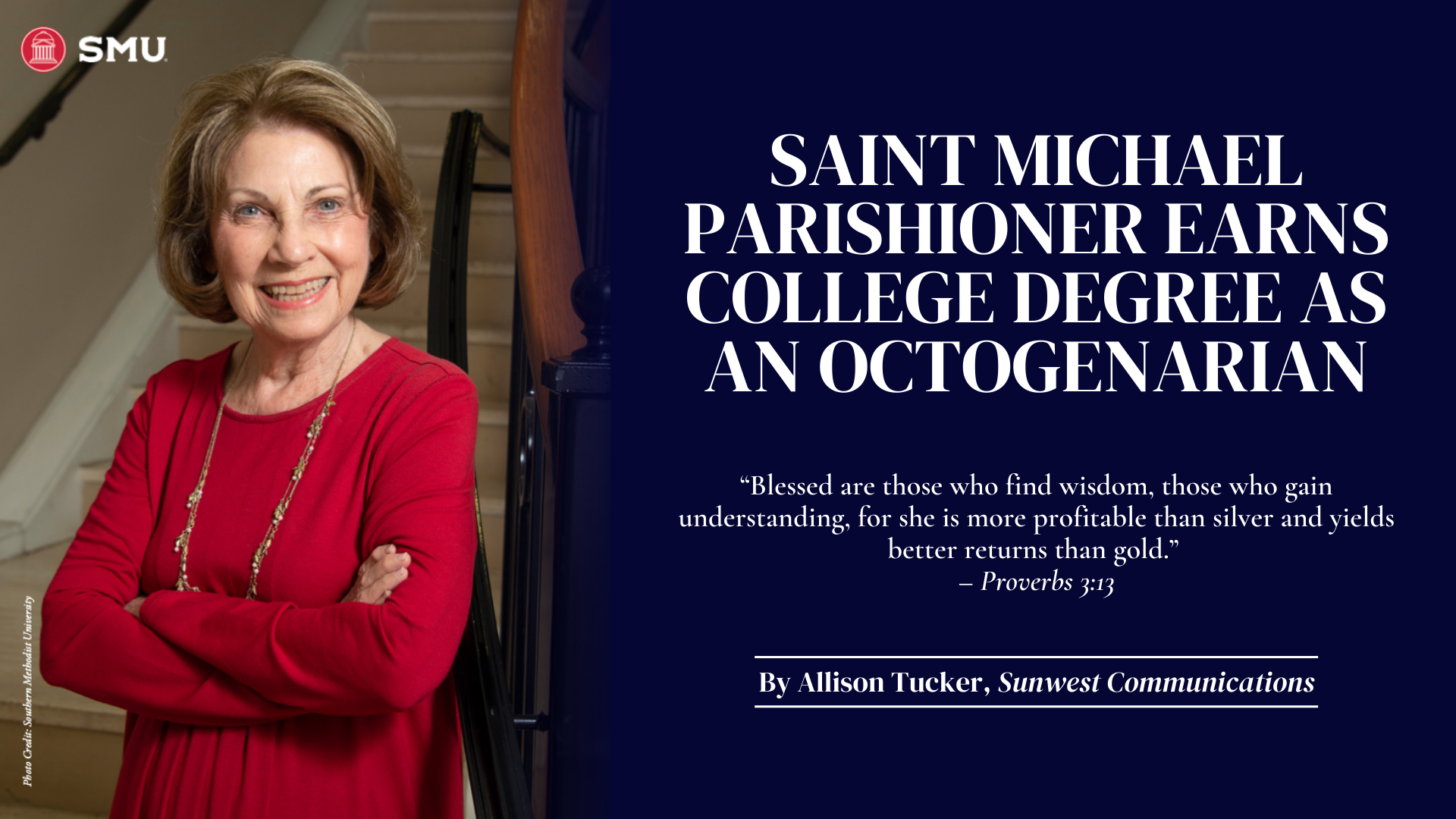 “Blessed are those who find wisdom, those who gain understanding, for she is more profitable than silver and yields better returns than gold.”
– Proverbs 3:13

Before Saint Michael and All Angel’s 85-year-old parishioner Marillyn Seeberger started taking college level classes, she volunteered at Saint Michael in outreach for a number of ministries. Spanning more than a decade, Marillyn spear-headed writing materials for the Pastoral Care Ministries and for the communications department. She also headed up the advertising and marketing for Saint Michael’s Farmers Market during its first nine years. She participated in mission trips to New Orleans following Hurricane Katrina and to the Rosebud Native American Reservation in Mission, South Dakota along with her husband, Gus Seeberger. Marillyn and Gus also served as pivotal members of the pastoral care team at SMAA for over 22 years. When she decided to retire professionally from the advertising and film production world 20 years ago, Marillyn knew she wanted to stay busy through volunteering at Saint Michael and improve herself through education. “I don’t want to just take up space on the planet,” she said.

At first, she started taking classes that interested her at Brookhaven Community College, including a class focused on the basics of golf. As the years went by, she realized she had accumulated hours and she wanted to put those credits towards a college degree. Thus began her path towards earning the respected title of Southern Methodist University (SMU) college graduate.

This achievement came from Marillyn’s strong internal drive that she perfected from her youth. As Marillyn notes, she has always been driven to stay busy through every chapter of her life. As a senior in high school, Marillyn was prepared to go to the University of Oklahoma (OU) for journalism. She had already put a deposit down on a dorm room and had a roommate lined up. However, when her high school sweetheart presented her with an engagement ring the night of their high school graduation, she knew her path was going in a different direction than OU. 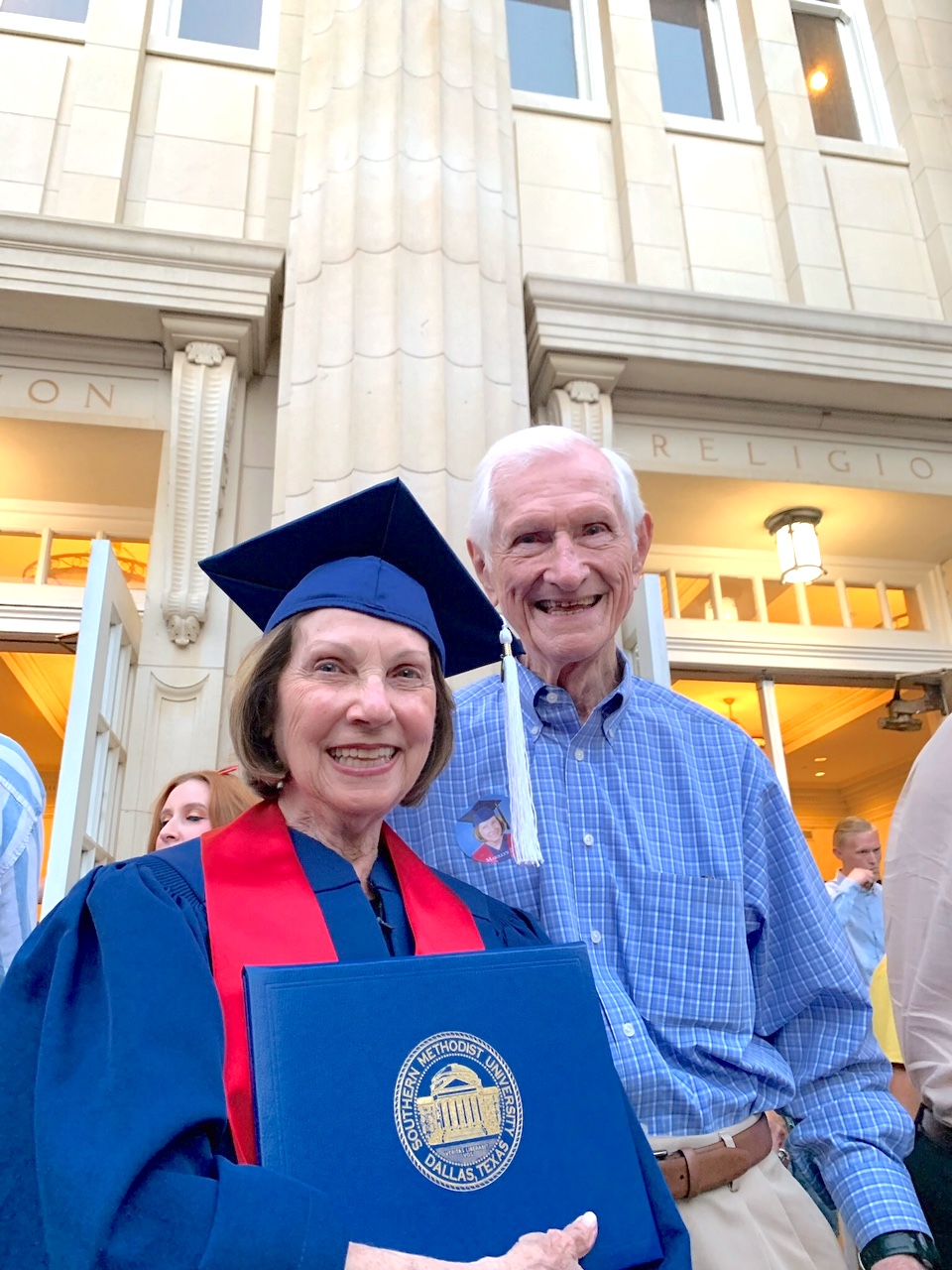 She got married five months after graduation and soon started a family. By the time Marillyn was 23 years old, her three daughters were born. She did not talk about starting a career out loud but kept the idea in the back of her mind. As her daughters got older, Marillyn knew it was time to enter the work force and took a secretarial course at night. She then started her career in film production in the 1960s at an Oklahoma City TV station.


After moving to Dallas in 1968, she followed her passion and joined the production team at the Bloom Agency, the largest independent advertising agency in Dallas at the time. Seeberger moved up the ranks at Bloom and became the first woman vice president of broadcast production 13 years later. Over the years, while supervising a staff of 12, she rolled out commercials for national campaigns, produced corporate shows and award-winning films for corporate and nonprofit groups. She also served on the national industry committee negotiating talent union contracts.


In the 1960’s, few people had training in film production, so Marillyn’s on-the-job training was not unusual and the fact that she did not have a formal education in production did not deter her. Although, her gender did stump a few of her new colleagues. As an example, one male employer asked her “Who is taking care of your children?” She answered, “My children are being taken care of, don’t you worry.” She was one of the only women in the Advertising Radio/TV production industry and some of her male co-workers did not approve. It was the Mad Men era of advertising when a married woman was expected to be either a secretary or at home baking cookies. Marillyn knew those choices did not inspire her.


Over the years, as the only woman on the production team, Marillyn started to make a name for herself as the Bloom Agency simultaneously began to grow into a national agency. Even with her expertise, when she went to California for an on-site production job, some male production company executives were known to have asked her, “Honey, who’s your boss and who’s the producer here?” She is said to have set them straight with a simple, “I am.”


One reason she was drawn toward Saint Michael was its progressive view towards women. She noticed there were women in the pulpit and women leading worship. This was something she had rarely seen before, and it was refreshing.

Growing up, Marillyn had always enjoyed movies and felt entranced by where they could take one in a short span of time. So, in 1987, Marillyn created her own film production company, Turtle Island Pictures, where she directed and produced commercials, award-winning documentaries, music videos and videos for non-profits.

Years after starting Turtle Island Pictures, Marillyn met her second husband Gus Seeberger. Following her marriage to Gus in 1996, they made the purposeful decision to center their marriage on the church from the beginning. They became involved with the various ministries Saint Michael offered to parishioners including Pastoral Care Ministries. To this day, Gus continues to serve through the Friends in Christ Ministry. This ministry re-establishes ties with parishioners who, for various reasons, are unable to attend church but wish to stay in touch with the Saint Michael community.

Throughout her time working in production, Marillyn continued to think back to her childhood days spent at the movie theater and dreamed of writing screenplays. When she retired from her film production company in 2002, it was time to refocus where she wanted to spend her time. In order to become a serious writer, Marillyn wanted to earn a formal college degree in film and take the appropriate screenwriting classes. “It was important to me to have the credentials to be a screenwriter,” she said. 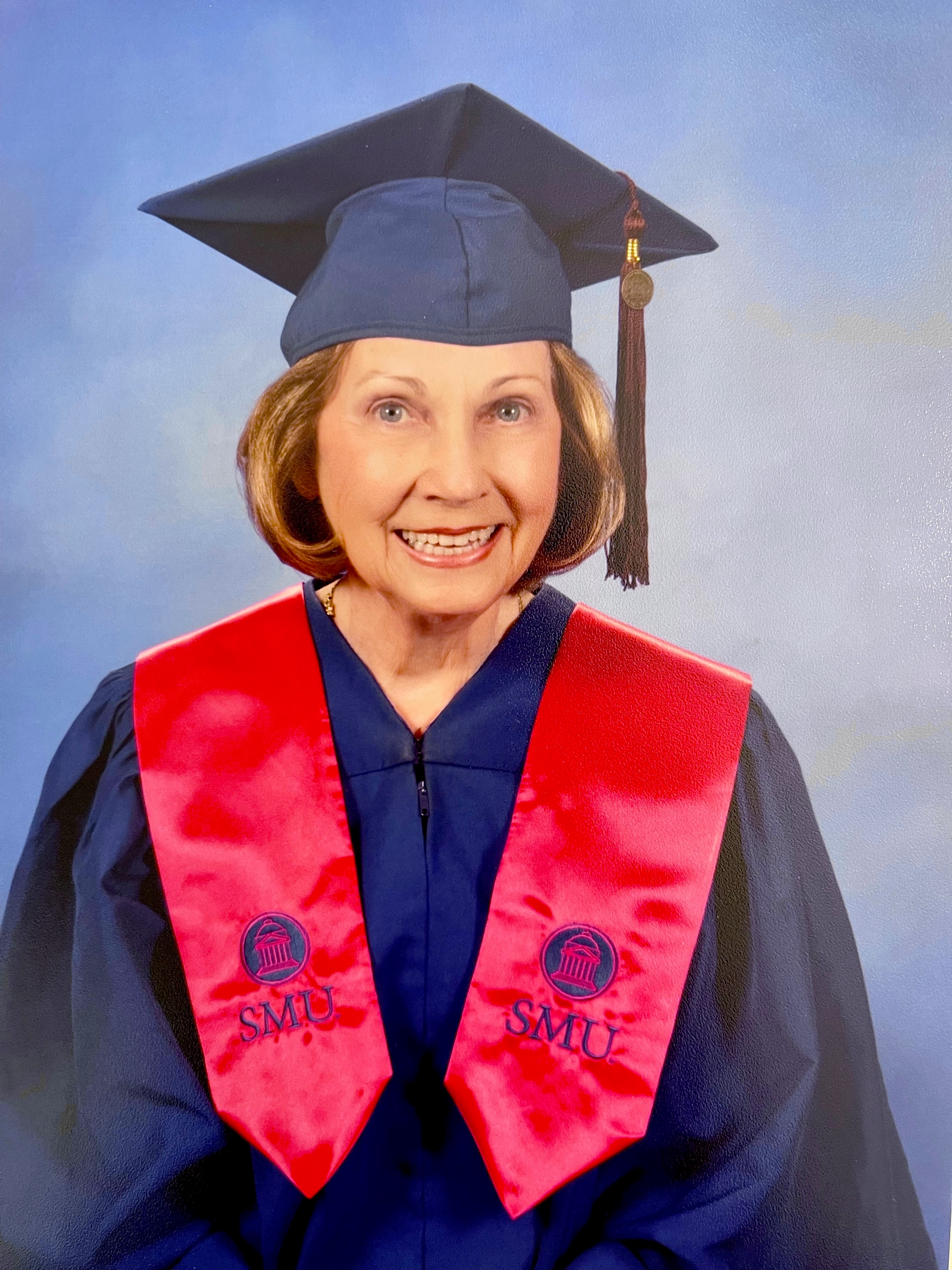 In January of 2020, Marillyn transferred to SMU to complete her degree in film and media arts. When her children found out about her acceptance into SMU and plans to graduate from college, Marillyn said they were “thrilled, shocked and very supportive.” She continued to say, “Without friends and family, especially Gus, encouraging me, I could not have done this.” As 2020 continued, Marillyn learned to navigate online classes due to the pandemic. “The young people in my classes have helped me out,” she said. “I have their names and phone numbers. I learned long ago from my work that the most important thing to know is who to call for help.”

In her Production class of 20 students, each student wrote a screenplay and five were selected to be produced into a short film. Marillyn’s short screenplay was one of the five selected. She directed it, even though she has come to realize that in the future she wants to concentrate her efforts on writing.

"This is something I can do as long as my brain and my fingers are working," she explained. “I always wanted to write narrative fiction,” she said. “I knew I had stories to tell with a little bit of fact and a little bit of fiction.” Now, she would rather “practice [her] craft by submitting screenplays to producers and short stories to literary journals.”

At the Meadows School of the Arts Commencement ceremony on May 14, Marillyn was asked to lead other film graduates into SMU’s McFarlin Auditorium as their marshal.

“Every spring, faculty in every program select a marshal from among the students,” said Derek Kompare, chair and associate professor in the Division of Film and Media Arts at SMU. “We tend to grant this honor to students who have displayed some signature perseverance and have a unique path to graduation. Marillyn was the only, obvious choice for us this year!”

Saint Michael and the film industry certainly have not seen the last of Marillyn. She is now working on submitting her film to film festivals and publishing a few of her short stories. Marillyn is adamant that she and Gus “will always be involved with the church as long as we are able and will continue to keep the church at the center of our marriage.”


**This article was written by Allison Tucker and was featured in the 2022 Fall Archangel.